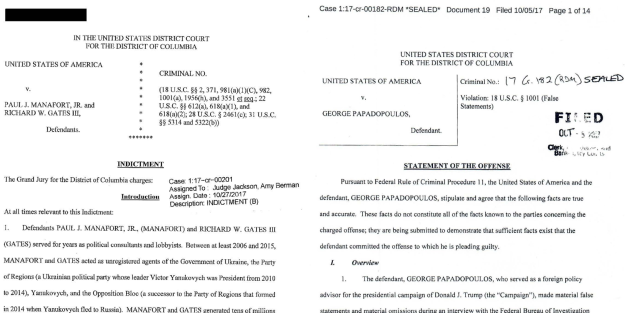 It’s Mueller Time! I never really cared for that meme/tagline floating around the last few months, mostly because it seemed premature. But, with the indictments of the past week, we have officially entered a new stage of the Russian investigation, one in which charges and evidence are on the record, and legal consequences begin to kick in. With much more to come…

It’s also instructive to read the indictments from Robert Mueller’s investigation, as they are the most concrete and detailed (and surprisingly readable!) source of information of verified criminal charges that have come out of the investigation: