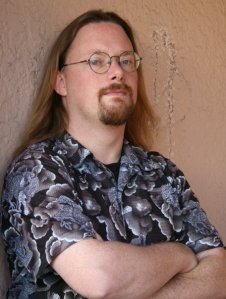 Raised on California’s Central Coast, Chris LaMay-West earned a BA in Political Science from the University of California at Berkeley, and a Master’s in International Management from UC San Diego. After many itinerant years in the business world in California, Hong Kong and Japan, he realized that writing had always been his true love, and returned to it. His work has been published in BlogNostics, Cemetery Travel, Clockwise Cat, Danse Macabre, Feel Good Weird, Jerry Jazz Musician, Kitchen Sink, LEGENDmag, Lit Up Magazine, Misfitmagazine, Morbid Curiosity, Opium Magazine, poems2go, Rathalla Review, The Rumpus, slouch, Strange Poetry, Submittable, Umbrella, and Zig Zag Lit Magazine. His poetry has won honorable mention in the 2017 William Faulkner Literary Competition, his short story “Ave Maria” was included in the Warpaint anthology (ZenFri, 2012) , and his essay “Bachelors of Armageddon” appeared in When I Was There: Life At Berkeley 1960-2010. Off the written page, Chris has written, produced, and directed several short films with the Scary Cow film cooperative, and has frequently performed in the Mortified storytelling project in San Francisco and Boston.

Chris lives near Burlington, Vermont with his wife, a dog, two cats, and several chickens. He works for a college by day and writes by night (and weekend), and recently completed a term as the Poetry editor of Mud Season Review.