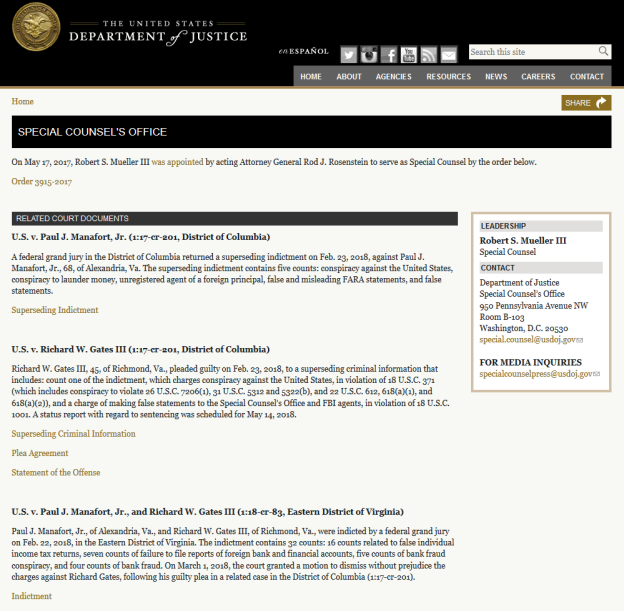 It’s only been about three weeks since our last update, but it’s been action packed. Indictments have flown! Witnesses have flipped! Trial dates have been set! Mueller is investigating everything! That wacky House Intelligence Committee has even concluded their investigation (according to half the committee)!

Before we get further in to the latest, an overview of where we are so far:

It’s also instructive to read the indictments and court filings from Robert Mueller’s investigation, as they are the most concrete and detailed (and surprisingly readable!) source of information of verified criminal charges that have come out of the investigation: