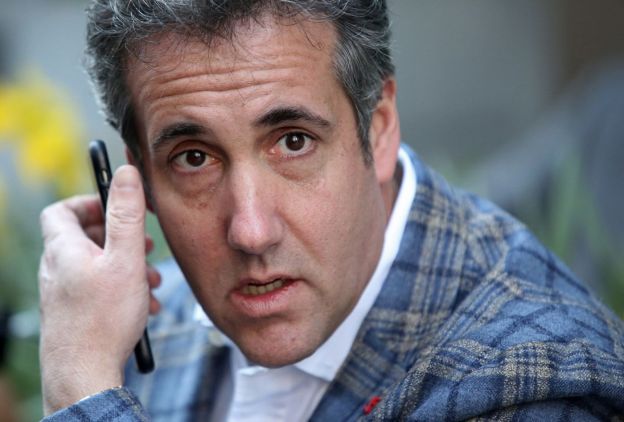 He’s worked hard. He deserves it. So, starting with this edition, Michael Cohen now gets his own section! And boy has he made a lot of news since our last update… I’ve also added a collection of the long-form journalism pieces that have covered various aspects of the story. I didn’t want the older ones to get lost in the shuffle of the individual sections, as they are a great way to get more breadth and depth on the overall story.

There’s been a lot up the last few weeks, including the flare-up and collapse of “SpyGate”, crazy statements by Giuliani as the Trump team continues to maneuver in preparation for an interview with Mueller, new indictments of Paul Manafort, a strong buzz about the possible looming indictment of Roger Stone, and further indications of just how much trouble Michael Cohen may be in.

Before we get further in to the latest, an overview of where we are so far:

It’s also instructive to read the indictments and Court Filings from Robert Mueller’s investigation, as they are the most concrete and detailed (and surprisingly readable!) source of information of verified criminal charges that have come out of the investigation:

In addition to Mueller’s filings, these Other Primary Source Documents provide a wealth of information:

Much of what I post here is more topical coverage of the latest news, but mixed in among those stories are occasional Long-form Stories (2,000 words+) that take a deeper dive into specific subjects. So that these don’t get lost in the shuffle, and because they’re an excellent place to get a wider and deeper understanding of the overall story, I’m collecting them here:

And who doesn’t like a good graphical presentation? I know I do! The following Timelines and interactive graphics are a fun way to sort out who’s who and when they did what:

Now, on to the latest news. I’ve highlighted which sections have new material in the list below, so you know what to check out, and moved the data tags for the sections to the end of each section. When you click on the list, you’re taken right to the end of that section, and all you have to do is scroll up to see the latest news: