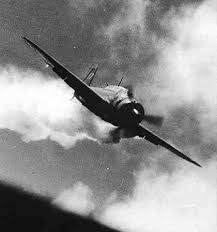 I think a lot of us let fear of rejection keep us from taking the risks necessary to move toward our goals. I am certainly no exception. This doesn’t only apply to literary endeavors, of course. And I still work on it in many areas of my life. But one area where I absolutely don’t sweat it anymore is literary rejection. If I want to get published, I need to submit. If I submit, I’m going to get rejections. It’s just the price of admission. And, fortunately, it’s not so bad. Here are a few things I’ve learned in the course of submission and rejection that help soften the blow. I hope they encourage you to get your writing out there:

1. It’s not personal. Some of the fear comes from the idea of receiving an ego-destroying comment in the dismissal. In reality, you probably won’t receive enough content for your ego to latch on to in any form. Here’s a rejection I just received, stripped of the identifying information:

Thank you for sending us your work. We appreciate the chance to read it. Unfortunately, the piece is not for us.

Thanks again. Best of luck with this.
Sincerely,

Since being on the accepting/rejecting side of the equation as the Poetry co-editor with Mud Season Review, I’ve actually developed a lot of sympathy for this. For most of the places you’re submitting to, sheer volume doesn’t allow for personalized response. They won’t have time to get nasty!

2. You may not hear back at all. I’ve been keeping stats on my submissions since 2008. So far, I have not heard back on around 28% of my submissions. Some of these are from the last 12 months, so they’re probably still in the consideration pipeline. But many of them are years old. I figure they probably aren’t going to get back to me if they haven’t by now. It isn’t good form on the literary journal’s part, but it does happen. Once again, no ego-damaging blow. Although the eerie whistling void can be just as unnerving…

3. Because of #1 and #2, when you do get feedback, it’s usually good. In between the form responses and non-responses, when they do feel moved enough to respond, it’s probably because there’s something about your submission they responded positively to. I’ve come to really appreciate the “this is strong, but not quite there”, “it was a semi-finalist, and we encourage you to submit again”, and “it felt like aspect X could have been developed a little more”, Not quite as encouraging as an acceptance, but these kinds of responses do keep me going.

4. It’s tough for them too. More than once, I’ve gotten an e-mail, or (gasp!) a piece of real mail, that I thought was a rejection notice. Instead, it was a literary journal thanking me for my support and reporting that they, sadly, are folding up shop. Or even soliciting me for donations! There are some journals that are hot right now, and other marquee names that have been around for decades. But, more commonly, lit mags and journals are underfunded labors of love run by unpaid or lightly paid staff, doing this because they believe literature matters. Which is what you believe as a writer too. It can feel like we’re the plucky stowaways trying to sneak aboard their luxury liner. But it’s more often like we’re all in a leaky rowboat together.

5. You can do surprising things with semantics. I mean, come on, we’re writers, right? At a certain point, the “rejection” tally on my tracking sheet started to bum me out. Not the number of items under it, but the word “rejection” itself. So I changed it to “nonacceptance”, which felt a lot more value neutral. This has worked for a surprisingly long time, but it’s starting to lose some of its effectiveness. I may change it again soon. “They missed the boat on the greatest lightly published writer of his generation” is a little ponderous, but something like that. I’ll keep working on it.

How about you? What have you found that helps lighten rejection’s stinging blow?